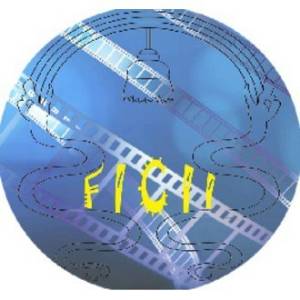 The INCA IMPERIAL INTERNATIONAL FILM FESTIVAL is an annual film festival, which extends beyond simple programming at festival dates, to bring films to the inhabitants of the Peruvian capital throughout the year. This festival includes films of all languages, of different genres, of different duration: long, short, as well as cortominutos and a competition of photography. Important figures on the Latin American screen will gather at the Festival, with hundreds of films that will compete for a dozen awards.Sfilmmaker is our exclusive platform for cooperation in China, and we look forward to your good film.

a. International Competition of Feature Films

B. International Competition of Short Films

1. In order for the film to be selected, PREMIERE is not required in Peru. Short films that have been exhibited at any other festival held in Peru or abroad may participate. 2. Short films made in any video or film format, but with the necessary quality, subtitled in Spanish or English, if this is not the original language, may be included. 3. The duration of the films is for short films: maximum of 35 minutes; For feature films, more than 36 minutes. 4. Entries to be part of the official selection of the festival will be held from August 15, 2022 to May 01, 2023. 5. All registrations have the same process regardless of the registration stage chosen, the late entries are viewed in the same way as the early ones, the only difference is the registration fee6. REGISTRATION to the Festival will be made online through Sfilmmaker platforms. 7. Competitive Sections • International Competition of Feature Films (Fiction, Animation, Documentary, Experimental, Fantastic) • International Short Film Competition (Fiction, Animation, Documentary, Experimental, Fantastic) • Screenplay 8. Official Selection The festival committee will select the films that will make up festival programming and special programs. The decision of the selection committee is final. 9. Date of Notification of the Official Selection: The festival will be notified via email and the website all selected, on May 05 - 2023. 10. Upon completion of the registration of the films, the owners of the rights undertake to accept these regulations and, consequently, to exhibit such work during the dates and venues determined by the festival. 11. The competitive sections of the festival will be awarded by a jury chosen by the Festival's organization which will be composed of renowned personalities from the cinematographic and other artistic disciplines. 12. The jury will have the freedom to grant the mentions that it considers pertinent. 13. All those who make up the OFFICIAL SELECTION, will receive a record of participation in the festival.