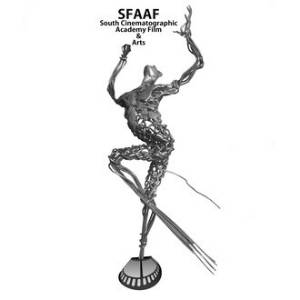 SFAAF is the film festival with a monthly presentation, as well as being an online viewing site. THE WINNING FILMS WILL BE IN LIVE SCREENING AT THE END OF THE MONTH, IN AN EVENT WITH SCREENINGS FOR ALL AUDIENCES. THE COMPETITION IS EVERY MONTH, AND EVERY MONTH THERE WILL BE LIVE SCREENING FOR THE PUBLIC. SFAAF is a festival of the arts, which includes cinema, music video, web series, theater, music, advertising, photography, among others. MONTHLY FILM FESTIVAL with Live Screening: where the awards of the FILM OF THE MONTH will be awarded in each category. Important: Only your movie will be placed online, if you wish. There must be an express acceptance of you; Otherwise, only the trailer will be posted online.Sfilmmaker is our exclusive platform for cooperation in China, and we look forward to your films.

Language: The films must include English or spanish subtitles (unless the spoken language is English).

Double presentation: Authors can only submit the same entry every month if their film didn’t win any awards.

Genry & Extension of films: Short films as well as feature films of any genre and format up to 35 minutes (short films) and 300 minutes (feature films) are accepted.

Screenplays: Filmmakers can enter their screenplay (of any genre, up to 40 pages) to the competition. They will not be published anywhere.

A filmmaker can submit their films and works online through online film festival partner's; or submit entries via film form available on the festival website.

The filmmaker/institution that is submitting the film must own the rights to do so and is responsible for the content they are providing.

Only your movie will be placed online, if you wish. There must be an express acceptance of you; Otherwise, only the trailer will be posted online.