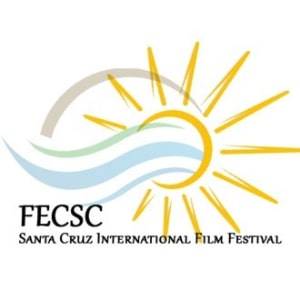 The FECSC - Santa Cruz International Film Festival is projected as a cinematographic meeting that brings together films of all genres, both Argentine and international, without discrimination; Commercial films, independent films, community films, major production films as well as indie productions. This seventh edition will also accommodate the music video, opening a competitive category. For us it is imperative to show the cinema that is made in all corners of the world, so our selection in addition to the quality of the films, tries to be very varied.Sfilmmaker is our exclusive platform for cooperation in China, and we look forward to your good film.

REGULATION - Competitions (Duration and gender): Feature films: films over 45 minutes long Short films: films less than 45 minutes long Music video: videos less than 45 minutes long - Genres to the competition: Feature film Fiction Feature film Documentary Feature Film Social Feature Film Experimental Short Film Fiction Documentary Short Film Short Film Animation Social Short Film Experimental Short Film Music video - Year of production: All films must have been completed after January 1, 2020. - Form of application to the festival: The registration of films to the Festival is done through the Sfilmmaker. - Authorized to register: The representative who holds the rights must register the film to the Festival. The representative's good faith is presumed and the festival is exempt from any liability to falsehood on the part of the representative. - Acceptance of the bases: The direct registration or through the official platforms of the Festival will have character of sworn declaration and in her declares that it accepts the present regulation. - Language of the films: Films can be presented in their original language. In any language. It is necessary that if the language is not English or Spanish, it is subtitled to any one of them. - Unfinished films: Movies that are in the advanced postproduction process will be accepted. The selection committee will consider your participation in the Festival. - Submission of the films: In all cases the sending of the projection copies will be made through the Internet. Copy of physical copies will not be accepted. It is very important that they send the film link of vimeo as well as the password. It is advisable to try it before, since the organization will immediately discard movies whose link does not work. - Impossibility of withdrawal: Once enrolled and selected, the film can not be removed from the Festival. - Sections The films scheduled will be included in the section that the selection committee considers appropriate. - Awards Best Fiction Feature Film Best Documentary Feature Film Best Social Feature Film Best Experimental Feature Film Best Fiction Short Film Best Documentary Short Film Best Animation Short Film Best Social Short Film Best Experimental Short Film Best Music Video - Notification: Selected and winning films will be notified through the festival website, social networks and via e-mail to the film's representative. April 10; 2022. - Final Clauses The people linked to the selected films undertake not to broadcast their participation until the Festival's programming is announced by the Festival's organization. Participation in the Festival implies acceptance of these regulations. Any conflict not foreseen in the present regulation will be solved by the organization of the Festival. The interpretation and application of the bases corresponds to the organization of the FECSC.