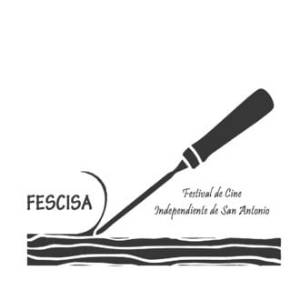 - FESCISA has the mission of giving publicity and projection to the independent production of short films and feature films To bring independent filmmakers closer to the Ecuadorian public. - Project the production of local, regional and world films in the city of San Antonio de Ibarra. Films of diverse genres, where subjects of humanity, social, solidarity, childhood, women, among others predominate.Sfilmmaker is our exclusive platform for cooperation in China, and we look forward to your good film.

Rules: 1.- Festival dates March 19, 20, 21, 22 - 2023 2.- Extension of the films Short films - between 1 and 35 minutes Feature films - 36 minutes or more 3.- Date of Production Films must have been produced after January 1, 2021. 4.- Number of films per representative Unlimited 5.- Submission form Via Sfilmmaker online platform. The links must remain active and accessible until April 30, 2023. You must register through our allies Sfilmmaker. 6.- Language Feature films and short films in a language other than Spanish or English must be subtitled in these languages for the presentation of the festival; Unless the dialogue or commentary is not necessary for understanding and appreciation. 7.- Double presentation Films that have been submitted for consideration in previous years are eligible for re-filing only if significant changes have been made to the film. A detailed list of changes should be included in the presentation package. 8.- Sections A- Feature film competition: - Feature Fiction - Feature Experimental - Feature Documentary film B- Short films Competition: - LatinAmerican Short - Short Fiction - Short Experimental - Short Documentary film - Short Animation - Short Terror - Short Social C- Script Competition: Script for short film (40 pages) 9.- Selection of works Registration fees are per movie and are non-refundable. The Festival reserves the right to disqualify a presentation, without reimbursement of any kind, if the eligibility requirements are not met including if the eligibility status changes after the presentation. 10.- Curatorship All registered films are subject to a curation process to determine the official selection. 11.- Official Selection Decisions are made by a committee of film industry professionals. It is Festival policy not to provide comments about why a film was not selected. 12.- Notification March 12 – 2023. 13.- Notification way By email. For the festival website 14.- Projection The Festival is open to the public. Accredited national and international press, as well as buyers and distributors of film and television. The official selection will be projected in the dates of the festival 15.- Prizes Feature films qualify for the following awards: BEST FICTION FEATURE BEST DOCUMENTARY FEATURE BEST EXPERIMENTAL FEATURE The short films qualify for the following awards: BEST LATINAMERICAN SHORT BEST FICTION SHORT BEST DOCUMENTARY SHORT BEST EXPERIMENTAL SHORT BEST TERROR SHORT BEST ANIMATION SHORT BEST SOCIAL SHORT The scripts qualify for the following awards: SCRIPT FOR SHORT FILM SCRIPT FOR FEATURE FILM 16.- Final Clauses The presentation of a film represents to be in accordance with the norms established in this document.