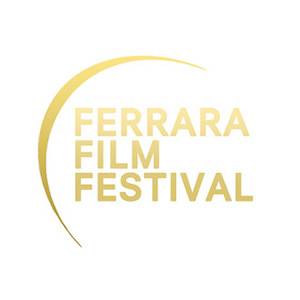 The FERRARA FILM FESTIVAL is one of the fastest growing film festival in the World, hosted in the northern Italian City of Ferrara, a UNESCO World Heritage site that serves as an incredible backdrop for this high profile cinematic event. The Ferrara Film Festival, in just 4 editions, had big "movie premieres" in its competition with some of the major Italian and international movie stars. Ashley Judd, Alec Baldwin, Charlie Sheen, James Franco, John Travolta, Sharon Stone, Ed Harris, Wesley Snipes, Michele & Violante Placido, Primo Reggiani, Maria Bello, Noomi Rapace, Maria Bello, Tom Wilkinson... just to name a few. This is a global film competition that saw 10.000 people attending the 4º edition in 2019, that culminates in the Golden Dragon Awards Ceremony. Also includes movie themed collateral events, entertainment shows and an exclusive partnership with UNICEF. Ferrara Film Festival is the ultimate cultural and economical bridge between United States, Italy and the rest of the World, because is the first festival on Italian soil organized directly from Los Angeles, where its headquarter is based. This characteristic, thanks to the Hollywood experience and method of work of its team members, makes this event very innovative and unique in its genre... and very fast growing!(Sfilmmaker is our exclusive platform for cooperation in China, and we look forward to your good film.)

Feature Films (minimum runtime 59 minutes, maximum runtime 130 minutes) Short Films (minimum runtime 5 minutes, maximum runtime 30 minutes) • Films can participate to other film festival prior to Ferrara Film Festival, but must not have a public distribution prior to April 18th 2021. • Movies must have the exclusivity in Emilia-Romagna. Meaning that they cannot be presented in any other festival in Emilia-Romagna region. ​ • Each film can be any genre and from anywhere in the World. • Each film cannot be older than 2 years from the beginning of the festival, which means that we DO NOT accept films made before April 2019. • Each film must not have been released online... ever! (private screeners with password are OK).