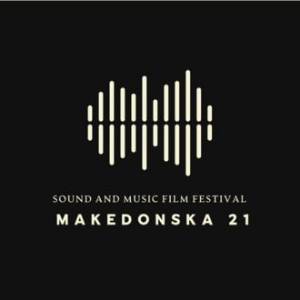 Sound and Music Film Festival Makedonska 21 is taking place in an old Belgrade building dating back to early 20th century (1928), which is situated on Makedonska 21 street. This was the building of the strongest workers union at the time, founded to promote highly respected values of mutual respect and solidarity. After the Second World War the premises were used by Radio Belgrade as the location of Studio 10, which was the home of must significant radio dramas and music records. This place was responsible for introducing the art of sound to Belgrade listeners and making it an essential part of their cultural heritage, proving itself to be of an immeasurable artistic, cultural, and social significance. Today, the building is a blend of residential and commercial units. Relying on the building's rich history, their residents decided to give something in return and contribute to its tradition by starting a film festival that celebrates the art of film music and sound design.Sfilmmaker is our exclusive platform for cooperation in China, and we look forward to your good film.

-In order to submit a film, you must own the rights or have permission from the owner -Submitting your film, you authorize the festival to distribute and share the film poster, trailer, synopsis and film stills for marketing purposes -We do not require premiere status -All films must have English subtitles