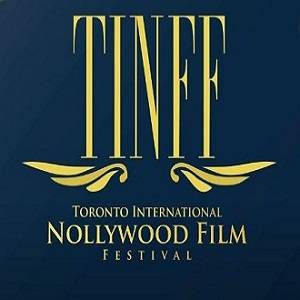 Toronto International Nollywood Film Festival (TINFF) Is Now An Annual Festival That Celebrates Diversity Through Film. TINFF invites you to come celebrate diversity that brings local and International films and filmmakers to the beautiful city of Toronto. TINFF’s objective is to be a leading film festival in Toronto that celebrates diversity in our beautiful city. TINFF’s main focus is to advance creative, independent film direction through diversity, innovation, and uniqueness by capturing the series of movements and experiences in a single film. We encourage music and filmmakers across the globe to build an audience for their projects and work to diversify the film industry.The Toronto International Nollywood Film Festival (TINFF) is a year round award competition and live screening festival with an annual event in the beautiful city of Toronto. Each year, we have our festival event and award night to celebrate diversity through film. We welcome filmmakers from across the globe to Toronto.TINFF is a focus oriented music and film festival, with an awards night to recognize and encourage filmmakers by appreciating, promoting, challenge and develops an understanding of equality, social justice, non-discrimination, diversity, and multiculturalism.Sfilmmaker is our exclusive platform for cooperation in China, and we look forward to your good film.

• The competition is open to films from Canada, Nollywood, Bollywood, USA-Hollywood, and International entries. Please check individual categories and submit suitable categories to your project. • Feature films are 30 minutes in length or longer. Short films are under 30 minutes in length. All non-English speaking films must be presented in their original version with English subtitles. • All Entries with or without distribution deal are welcome. • Films previously entered into and screened at our festival are eligible for one additional re-entry in subsequent years. • Entries must be submitted for pre-screening through our online submission platform. If you use a secured link, you are REQUIRED to keep us updated with passwords. • Works in progress are accepted. We cannot promise that we will be able to watch re-edited submissions. Please only submit works in progress if submitting close to the final deadline. • TINFF confirms that the festival has the permission to exhibit your film(s) during the festival and /or at any other Festival event. Submission of a work implies that the Festival can employ moving image excerpts and reproduce stills of exhibition promotion. Credit will be given to any filmmaker or screenwriter of such material is used in Festival promotion. The Original copyright holder retains all rights to their work. • You may submit multiple entries but must pay an entry fee for each. • If the movie has nudity or sex. The movie should have a strong story line; however, we are strictly not accepting any movies about porn, animal cruelty. • To submit a Film for Festival consideration, Applicants must complete the registration process at the online submission platform and pay the required fee by the deadlines. Submissions must be postmarked or an online submitted via submission platform. Submitted DVDs must contain one version only of the Film, in the original language of production, with English subtitles if the original language is not English. • DVDs must be labeled in the following manner: Title. Production company name, phone number, and address. Director’s name. Length in minutes and submission platform tracking number. • Where the applicant chooses to forward a DVD instead of an online screener, the Applicant is responsible for ensuring that the submitted DVD screener plays in its entirety on an industry-standard DVD player. If TINFF is unable to view the DVD, TINFF is under no obligation, to contact the Applicant in order to obtain a replacement DVD. • TINFF will not review multiple versions of a submitted Film. Only one version of the Film may be submitted. If multiple versions are submitted, TINFF will view only the version that was received first. • Note! DVD screeners will not be returned. • All Films must be sent by way of prepaid shipping. TINFF will not accept cash-on- delivery shipments or be responsible for duties, taxes or customs brokerage. Charges are to be billed to the sender. TINFF is not responsible for and will not accept shipments incurring expenses for terminal charges, duties, taxes or customs brokerage. Shipping and customs charges are to be billed to the sender. Any shipping charges incurred by TINFF will be billed back to the Applicant.