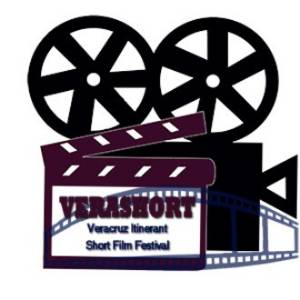 The VERACRUZ ITINERANT SHORT FILM FESTIVAL as a world cinema festival has the objective of attracting and creating public, creating awareness, amusing, through the projection and exchange of cinematographic proposals that encourage dialogue, discussion and debate. It promotes the meeting between creators, directors, producers, talent ... Projects films of recognized filmmakers, in addition to discover new directors who contribute to the world cinema. This traveling festival will take place this year in Guanajuato.Sfilmmaker is our exclusive platform for cooperation in China, and we look forward to your films.

8th VERACRUZ ITINERANT SHORT FILM FESTIVAL isno an event that will be celebrated between the August 22 to 25 – 2022. 1. In the competition only short films will participate. 2. The short films are thematic and free technique. Short films that show advertising content may not be presented. 3. Short films may have been previously screened, posted on the internet and in other samples (short films that have been selected in previous editions of Verashort) 4. The categories in competition are the following: Narrative Short film, Animation Short Film, Documentary Short film, LGBT Short Film, Experimental short film, Fantastic short film, Horror short film Student Short film 5. All filmmakers over the age of 18, individually and collectively, may participate. In case of being minors, they must present an authorization signed by their parents or guardians. 6. Short films may be registered through the following online media: • Platforms:  China Sfilmmaker. 7. The language used will be Spanish or English and if the short film was made in another language they must have the subtitles in the above mentioned languages. 8. Each filmmaker may submit more than one work. 9. The works that are the object of competition will have as deadline of reception the August 10; 2022. 10. The Jury will be composed of a group of people chosen by the Festival organizers, who will be qualified to carry out the corresponding evaluation, their voting will be secret, their verdict will be unappealable, and they will have the power to leave the prize deserted if considered necessary. 11. The festival will make an official selection, which will be notified to its authors; Through its website, and the short film will be screened during the show, as they will be part of the official program of the contest. 12. If your Short is chosen as "Selected Short”, you can not withdraw the same from competition, therefore participate in the 8th Verashort. In accordance with the provisions of these Bases. 13. The person who registers a Short will be the legal responsible of the content of the same and can not contain any illegal or pornographic material nor that it infringes third party rights. 14. The Notification of the OFFICIAL SELECTION will be held on: August 14, 2022. 15. Awards: Best Fiction Short film, Best Animation Short Film, Best Documentary Short film, Best LGBT Short Film, Best Experimental short film, Best Fantastic short film, Best Horror short film. Best student short film Best actor Best actress Best director Best screenplay Best cinematography Best art direction 16.B The organization reserves the right to modify any point in these bases if circumstances so require.