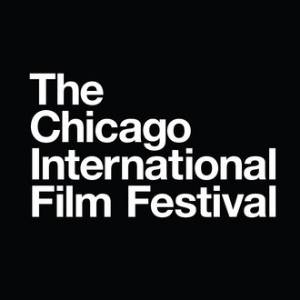 FESTIVAL SECTIONS The Chicago International Film Festival is the longest-running competitive film festival in North America. The Festival is dedicated to the discovery of new voices. We are inclusive in our programming, embracing and uplifting a wide range of identities, cultures, genres, aesthetics, and perspectives. Films are programmed in a variety of competitive and non-competitive sections as we present a festival that is designed to excite, provoke, enrich, and entertain. International Feature Film Competition Representing a wide variety of styles and genres, these works compete for the top honor, the Gold Hugo - as well as awards for best actor, actress, director, writer, and more - in North America's longest-running competitive film festival. New Directors Competition This selection of first and second feature films, receiving their U.S. premiere in Chicago, celebrates the spirit of discovery and innovation upon which the Festival was founded. To be eligible for the competition, films must be at least a U.S. premiere if selected for the Festival. Documentary Competition Global in scope and representing a wide range of approaches to documentary form, this program offers a diverse cross-section of contemporary non-fiction filmmaking in both competitive and non-competitive sections. To be eligible for the International Documentary Competition, films must be at least a U.S. premiere if selected for the Festival. OutLook Competition Competing for the Festival’s Q Hugo Award, these superbly crafted films reflect the myriad perspectives and experiences of LGBTQ+ individuals. Short Film Competitions Annually showcasing the best short films from around the globe, this competition highlights the work of both upcoming artists and masters of the short subject form. Programmed films are eligible for awards in the following categories: Animation, Documentary, and Live Action. The winners of the Best Live Action, Best Documentary Short and Best Animated Short awards are eligible to be considered by the Academy of Motion Picture Arts and Sciences for the Academy Awards®. City & State This program celebrates Illinois’ rich filmmaking tradition, showcasing the best features, documentaries, and short films with their roots right here in Illinois. Films in this section compete for the Chicago Award, given to the year’s best Illinois film. Out of Competition After Dark Gathering genre films from horror and thrillers to edgy animation and dark comedies, this showcase of future cult classics and midnight favorites offers an exciting mix of late-night fare. Black Perspectives Now in its 26th year, this program showcases films that celebrate the richness of African American filmmaking and the diversity of black cultures around the world and the filmmakers behind them. In addition to After Dark and Black Perspectives, The Chicago International Film Festival screens a vast range of films out of competition every year across a wide variety of genres and forms. Films screening out of competition are organized into categories at the discretion of the 58th Chicago International Film Festival and its programming staff. Past non-competitive sections have included: Cinemas of the Americas, Comedy, Expanded Visions (experimental), and Masters. These categories rotate annually.

A) Eligibility Requirements Completion Date - Films must have been completed AFTER August 1, 2021. - Films completed before August 1, 2021 are NOT eligible. Premiere Date - Films must premier/have premiered AFTER October 24, 2021. - Films premiered anywhere on or before October 24, 2021 are NOT eligible. Premiere Status - Films must be at least a Chicago premiere, while US premieres (theatrical and/or online) are given priority. - Films shown at private screenings not open to the public (for crew, investors, etc.) are eligible. - Films that have previously shown online at U.S. film festivals outside of Illinois, Indiana, Iowa, Michigan, Minnesota, Missouri, and Wisconsin are eligible for consideration. Films are NOT eligible if they: - Have theatrically screened publicly in the Chicago area. - Have had a theatrical run in the US prior to the Festival dates. - Have aired on US television prior to the Festival dates. - Have shown online in Illinois, Indiana, Iowa, Michigan, Minnesota, Missouri, and Wisconsin prior to the Festival dates. - Are available to the public for purchase on DVD/Blu-ray or online. Feature-length films (narrative or documentary) that are available for public online viewing in their entirety are NOT eligible. Short films (under 40 min) may be available online. Films previously submitted to the Chicago International Film Festival are NOT eligible for consideration. All entries must be either in English or subtitled in English. Dialogue lists are not accepted. Entrant confirms and warrants required legal authority to submit the entry to the Festival and to use all music, images, and content in the entry. For any specific questions regarding a film’s eligibility,  Submission Guidelines 1. Films must be submitted via an online screener hosted by secure online platform. (It is recommended that films submitted via online screener be available to download). 2. Only complete entries (including fee payment and screener) will be considered. 3. Entrants are permitted to submit works-in-progress (i.e., without final color correction or sound mixing), but please note that the programming committee will only consider the version submitted. Subsequent cuts or replacement copies will only be accepted at the request of the programming committee. 4. For theatrical screenings, all films selected for the Chicago International Film Festival will screen on DCP unless otherwise arranged. If required, file specifications for online screenings will be provided. C) Deadlines Early deadline entries must be postmarked/submitted online by April 4, 2022. Regular deadline entries must be postmarked/submitted online by June 13, 2022. Late deadline entries must be postmarked/submitted online by July 6, 2022. D) Judging & Selection Films are selected for Festival presentation by the Chicago International Film Festival programming committee. If a film is selected, the Festival office will contact the entrant by phone or email. For films selected to screen at the 58th Chicago International Film Festival, the Festival will only cover one-way shipping costs for the Festival screening hard drive or DCP. All entrants will be notified on or before September 16, 2022. The Festival does not provide feedback or screening notes to entries that are not selected. Films selected for the International Feature, Documentary, New Directors, and Out-Look Competitions are judged during the Festival. All other competitive film categories, including the Chicago Award and Short Film Competitions, are judged before the Festival. E) Entry Fees Each entry must be accompanied by the appropriate entry fee. Entry fees are not refundable. Fees cover registration, registration notification, full consideration by the programming department, and notification of the results. These fees may be paid by credit card (VISA, MasterCard, or American Express) or by check or money order, made payable to Cinema/Chicago.