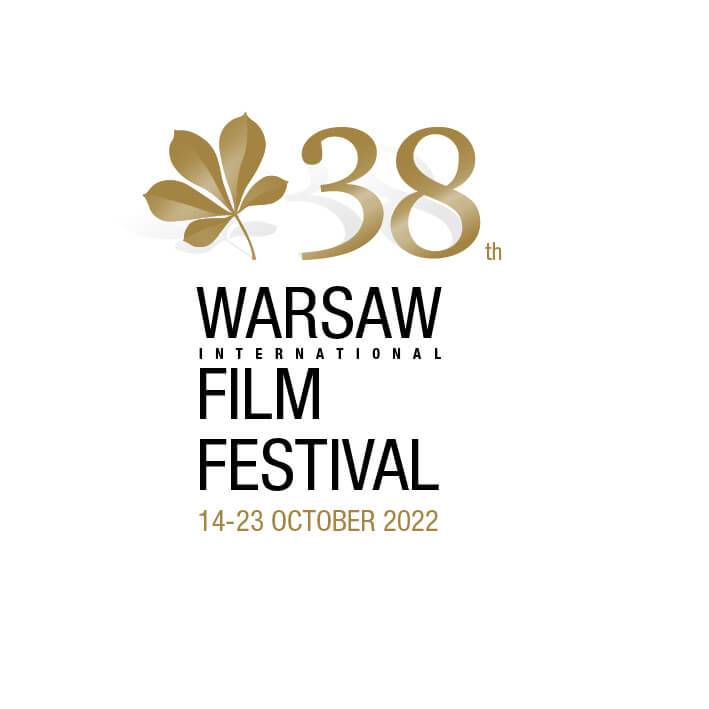 Established in 1985, the Warsaw Film Festival joined in 2009 the elite group of events recognized by the International Federation of Film Producers Associations as international film festivals - next to Cannes, Venice, Berlin, Locarno, San Sebastian, Karlovy Vary, Tokyo, Moscow, Mar del Plata, Montreal, Shanghai, Cairo, Goa, and Tallinn. The WFF differs from other festivals in its programme, just as Warsaw differs from other cities. Selecting the films, we always remember about our audience - native Varsovians, those working or studying in Warsaw, and those in town for a short while, for instance only for the Festival. We do our best to make sure that our audiences get to know the latest and most interesting trends in world cinema as soon as possible. In this way, WFF audiences - usually as the first people in Poland - could discover American independent cinema as well as Asian, Latin American, Iranian, Russian and Romanian cinema. Some of the most amazing directors, like Michael Haneke, Cristian Mungiu, Paweł Pawlikowski, Ari Folman, Ashgar Farhadi, Lenny Abrahamson and hundreds of others, had usually been guests of the WFF before they reached the top. We have been expanding the professional part of the WFF for over fifteen years. We realize that film festivals are part of the giant mechanism that is the global film industry. We do our best to make sure that the world takes note of Polish films, that they get screened at leading festivals, that they find their way into international distribution. We started off modestly, in 2000, with screenings of new Polish projects for barely a dozen foreign guests. Five years later, we held the CentEast Market for the first time: a meeting place for professionals interested in films from Eastern Europe, described by The Hollywood Reporter as “the go-to event”. From 2009 till 2016, together with our Russian partner TVINDIE we have been presenting - in Warsaw and Moscow - films that are still works-in-progress but in which we want to interest sales agents and distributors. Similar presentations we organised at the Beijing Film Market from 2013-2016, with our Chinese partner Film Factory, In 2012 we started a collaboration with Beijing-based Film Factory. under the name China-Eastern Europe Film Promotion Project.

a) Main Award – Warsaw Grand Prix Cash prize: 100,000 PLN. The award goes to the Director (or Directors). There can be only one winner of the Grand Prix (no ex aequo).

b) Best Director Cash prize: 10,000 PLN. The award goes to the director (or directors).

c) Special Jury Award Cash prize: 5,000 PLN. The award may go to an actor, composer, editor, director of photography, producer, director, scriptwriter or set designer. There can only be one winner of each of the awards in the International Competition (no joint winners).

Best Documentary Feature Cash prize: 5,000 PLN. The award goes to the director (or directors). There can only be one winner of the Documentary Competition (no joint winners).

The audience votes for the best film from any section of the WFF. The winner receives the Audience Award. No cash prize is involved.

*) all financial awards are subject to tax, to be paid in Poland, according to the Polish Law;

The Warsaw Film Festival (WFF) is organised by the Warsaw Film Foundation in Warsaw, Poland. Its aim is to present the best films from all over the world to Polish and international audience, and to improve communication and understanding between people living in different countries and of different cultural backgrounds. WFF is accredited by FIAPF as a competitive non-specialized film festival. At WFF we present films made to be screened at cinemas.

The Festival programme is divided into the following sections:

2.1. International Competition – for feature films (over 60 min) from all over the world. World, International and European Premieres.

2.2. Competition 1-2 – for first and second feature films (over 60 min) by the directors from all over the world. World, International and European premieres.

2.3. Free Spirit Competition – for independent, innovative, rebellious feature length (over 60 min) fiction and documentary films from all over the world. Eastern European premieres at the least.

2.4. Documentary Competition – for feature length (over 60 min) documentaries from all over the world. Eastern European premieres at the least.

2.5. Short Films Competition – for narrative, documentary and animated short (40 min or less) films from all over the world. Academy Awards® eligible. World, European and International premieres.

2.6. Special Screenings – for feature length (over 60 min) fiction and documentary films from all over the world. Non-competitive section. Polish premieres at the least.

2.7. Classics from Poland – for Polish films (over 60 min), at least ten years old, which were significant achievements of Polish cinema. Non-competitive section.

2.8. Discoveries – for feature length (over 60 min) fiction and documentary films from all over the world, dealing with contemporary subjects, which have been presented at film festivals abroad. Non-competitive section. Polish premieres at the least.

2.9. Family Cinema Weekend – for feature length and short films from all over the world, for children and their parents. Non-competitive section, non-restricted film length. Polish premieres required.

Except in special circumstances, accepted by the festival director, only films meeting the following criteria can be presented at the Warsaw Film Festival.

3.1 Eligible for programme consideration are:

a/ for competitive sections - films which had their first public screening on or after January 1, 2022;

b/ Polish films which have not been presented during any motion picture event in Poland; the only acceptable exceptions are: Polish feature films presented at the Gdynia Film Festival and films entering The Best Shorts from Poland section, which may be presented at other film events in Poland and abroad;

c/ films which have not been distributed or exhibited in Poland or broadcast on TV stations which are available in Poland;

d/ films which have not been previously shown on the Internet;

Acceptable screening format*: DCP (Digital Cinema Package): 2K/jpeg2000/mxf, 24 fps, 25 fps IMPORTANT: if the DCP is encrypted, the rights owner is obliged to: - issuing KDM for tests (valid for at least 7 days, starting on the day in which the Festival receives the DCP) - issuing KDM valid for the entire duration of the festival; *this refers to screening in cinemas, not submitting the film (see point 4.2)

4.2. Films will be accepted for selection only if submitted before the deadline with an online screener or a DVD, with English subtitles (if the language of dialogues is not English or Polish).

4.3. DVDs remaining in Poland will be destroyed six months after the end of the festival.

6.1. All films will be screened in their original languages with English subtitles, except for films with dialogues in English. The English subtitles are obligatory for Polish films. 6.2. Polish Distributors must provide the prints of foreign films with Polish subtitles at their own expense. 6.3. If the film does not have a Polish Distributor, the Festival Organisers will provide electronic subtitles (under the screen) in the Polish language at their own expense. 6.4. Polish films presented at the WFF must be subtitled in English at the expense of the Producer. The English subtitled print needs to be delivered by the producer(s) to the festival office. 6.5 The Festival does not hold rights to the dialogue lists translations. 6.6. Once the film is confirmed in Warsaw Film Festival programme, the right owners agree to provide the materials required for translating purposes, the festival website information and festival catalogue in due time. 6.7. The Festival reserves the right to publish either on the website or in the catalogue only the information that was duly submitted.

7.1. Each film will be presented to the audience no more than four times. 7.2. In case the film wins an award, the organisers may run one extra screening on the last day of the festival. 7.3. During the Festival no public screening of any of the films participating is permitted before the official screening, organised by the Festival.

9. TRANSPORT AND RESPONSIBILITY FOR PRINTS

9.1. The prints should reach the Festival Office in Warsaw (in accordance with Shipping Instructions) by September 25th at the latest. 9.1.a. Early ingests will only be considered if requested by September 15. 9.1.b. For short films – online transfer of the screening material is preferred to the regular shipment, and most welcome. 9.2. Polish Producers and Distributors deliver and collect the prints to the Festival Office at their own expense. 9.3. For films without Polish Distributor, the cost of prints' transportation, if not agreed otherwise, is covered by WFF: a/ to and from Poland, if the print is transported from and to the lending company (Producer/Sales Agent); b/ one way (to Poland only), if the print is transported along a chain of festivals. c/ in case the print is delivered on a USB Stick it will not be returned. 9.4. Prints will be returned/shipped forward by November 6th if the Festival is informed of the outbound address at least 2 business days before the date, on which the outbound shipment is requested. If the Festival does not receive the outbound address information by November 4th, the prints will be shipped out within a month after receiving outbound instructions. If the Festival does not receive outbound instructions by December 18th the prints will not be returned (will be destroyed). 9.5. The Festival is responsible for the prints from the moment of pick-up from the shipper (when importing) to the moment of giving them to the shipper (when returning/exporting). The Festival's responsibility for damage or loss of the print is limited to the cost of making a new print according to the present laboratory rate for making a standard print. The festival's liability in case of whole or partial destruction of a print during the festival cannot exceed the value of 3.500 Euro. 9.6. Damage to the film print must be reported to the Festival Office in writing within one month of its return and before the following screening. All claims will be judged by the reported state of the print.

10.1. Participation in the Festival implies acceptance of the Festival regulations. 10.2. Once the invitation has been accepted, the invited film cannot be withdrawn from the Festival programme. 10.3. Participation in Warsaw Film Festival automatically entails observance of these Regulations. Producers, distributors, sales agents or other parties who submit films to the Festival must guarantee to be legally authorised to do so. 10.4. The Director of the festival reserves the right to determine any cases not covered by the Regulations herein and may make exceptions to the Regulations in justified, well motivated cases. 10.5. In case of any dispute regarding the interpretation of any article contained in these Regulations, the original Polish version will be considered binding.