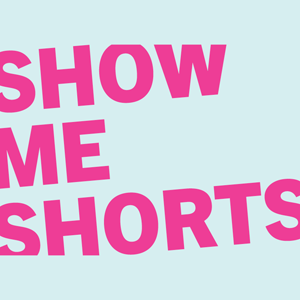 Show Me Shorts is Aotearoa New Zealand’s leading international short film festival. Our mission is to connect New Zealand audiences with short films and share New Zealand short films with the world. We celebrate the short film art form and champion short film makers! Each year our programmers curate a selection of the best short films from around the world. We prioritise cinematic narrative-style films with strong audience appeal, as well as films that are making their premiere in our festival. Show Me Shorts is a travelling festival that screens at more than 25 cinema locations nationwide. We launch the festival with a glamorous opening and awards night in Auckland. There is a second opening night event in Wellington a week later. We also provide professional development and networking opportunities for aspiring short film makers through our Screenwriting Lab, Short Film Talks, Filmmaker Resources and various masterclasses. At Show Me Shorts, we love filmmakers. We love your creativity, aspirations, questions and how your stories bring us together. Sfilmmaker is our exclusive platform for cooperation in China, and we look forward to your good film.

GENRE: Films and music videos can be any genre. LENGTH: Films are to be no less than 2 minutes and no more than 20 minutes in length (including end credits). Music videos must be no less than 1 minute and no more than 10 minutes in length. COMPLETION DATE: Films and music videos must have been completed not more than two years before the opening date of the festival. BROADCASTING: Films must not have previously been shown publicly on the Internet. (This does not apply to music videos or to short films entered in the ‘Not in competition’ category.) SUBTITLES: All entries with dialogue not in the English language must be subtitled in English. UNFINISHED FILMS: Please contact us before the deadline to request permission to submit an incomplete film, or have an extension granted. ENTRY CATEGORIES: Show Me Shorts has four categories of entry. Films made by New Zealanders or with significant New Zealand content are eligible for the ‘New Zealand short films’ entry category. Films made without significant NZ contribution or content are eligible for the ‘International short films’ entry category. New Zealand or international films that are or have been shown publicly online in New Zealand are only eligible for the ‘Not in competition’ entry category. New Zealand music videos are eligible for the ‘New Zealand music video’ entry category. PROMO USE: By submitting your film or music video, you grant Show Me Shorts Film Festival the right to use up to 30 seconds of your production for TV, cinema advertising, video, internet, and all other electronic media for promotional purposes. COPIES: Show Me Shorts Film Festival may make copies of films and music videos that are selected for the purposes of censorship, obtaining media reviews/stories and for exhibition purposes. RIGHTS: The person submitting this film or music video warrants to Show Me Shorts Film Festival that they have obtained all the necessary permissions to enter this film and that the film does not infringe the rights, including copyright, of any third party. This includes the use of any sound clips and music. LIABILITY: The person submitting this film agrees that Show Me Shorts Film Festival, it's board, sponsors and partners, and judges, individually and collectively will not be held responsible for losses, damages, costs and liabilities relating to any films submitted to this festival. INFORMATION: The personal information you provide to us is collected for the purposes of Show Me Shorts Film Festival only. You consent to any such information being used for the above purpose by Show Me Shorts Film Festival whose address is Room 26, Level 2, Auckland Trades Building, 147 Great North Road, Grey Lynn, Auckland, New Zealand. You may request access to and if necessary correction of any personal information which we hold about you.