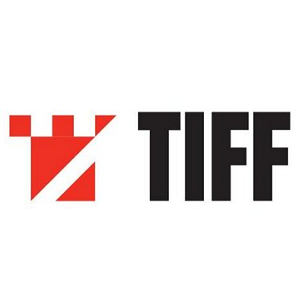 Transilvania International Film Festival (TIFF) is organized by the Romanian Film Promotion and the Transilvania Film Festival Association and is the first and most prestigious competitive feature film festival in Romania.

The primary objective of TIFF is to promote cinema as an art form by presenting some of the most significant films of the moment - films endowed with originality and free expression, exhibiting unconventional uses of cinematic language, or expressing emerging cutting-edge currents.

TIFF is an annual event whose 22nd edition will take place in Cluj-Napoca, in Transylvania, in June 2023. Each selected film will be screened at least twice. The screenings take place both in traditional movie theaters and in unconventional locations. A representative selection from the 2023 Transilvania IFF program will be subsequently shown in Bucharest, Sibiu, Oradea and other selected cities during TIFF Unlimited Caravan.

Best Documentary Award, for the best film in What's Up, Doc? section. (EUR 2,000 going towards the director; cannot be awarded ex-aequo).

FIPRESCI Award, offered by a jury of members of the International Federation of Film Critics (FIPRESCI) to a feature film in the Romanian Days section.

Audience Award, decided by audience vote among the films in the Official Competition.

Excellence Award, dedicated to an outstanding figure of Romanian cinema.

1. Release (world premiere) dates for films selected in the competitive programs of the festival must be after May 1, 2022.

2. Foreign and Romanian entries in the Official Competition and What’s Up, Doc? competition must not have been screened in Romania.

3. National premieres have priority in the Romanian Days section.

4. Screening materials must be on DCP or HD digital files.

5. As films are presented in the original language with Romanian and English subtitling as necessary, selected films must provide an English (or, in exceptional cases, French) dialogue list in a customary electronic format (.srt, .stl, .sub, .ssa, etc, but not .pdf or .xls) which includes time codes.

6. The festival does not provide screening fees for films in the competitive sections of Transilvania IFF (the Official Competition, What's up, doc?, Romanian Days).