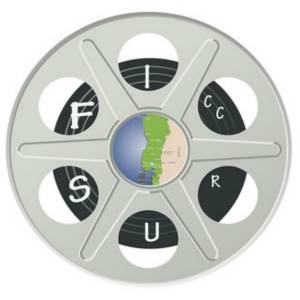 FICCSUR is an incipient film festival that takes place in one of the most beautiful cities of the South American cone, Valparaiso. We hope to have a worldwide festival of films, from all continents, from all cultures, with multiple languages, where the only common language is the film. With the support of the Illustrious Municipality of Valparaíso, we are going to hold a festival in several venues, where more than 100 films will be live screening, including feature films and short films, national and international.

1 - The scope of the Festival is international. Works from all over the world can be presented. 2 - Each filmmaker can present as many films as he wants, in any language, provided he is subtitled in Spanish or English. 3 - The theme is free, as long as it does not violate good customs and human dignity and respect. 4 - The call begins on August 22, 2021. The deadline on May 06, 2022. 5 - Definition of categories: (duration includes credits) - Nanometraje: films whose duration is less than two minutes. - Short films: films lasting between two and 35 minutes. - Feature films: films lasting more than 35 minutes. - Video clips: any length - Movie scripts 6.- Categories in competition: - Nanometraje - Short fiction - Short documentary - Short Film Animation - Experimental Short Film - Short terror-horror - Video clip - Movie scripts - Feature film fiction - Feature film documental - Feature film animation - Feature film experimental - Feature film terror-horror 7 - Submission can be made directly on the festival website: http://ficcsur.wixsite.com/ficcsur; Or through Sfilmmaker site. 8 - The curatorship committee of the pre-selection of the Festival will choose up to a maximum of 10 films for each category, which will be called Official Selection, and will participate in the final competition. This selection will be communicated to the authors. Notification day: may 09, 2022 9 - The festival is live screening. The selected films will be projected according to a calendar prepared in advance, and communicated to the selected ones through the web site of the festival, as well as by the social networks. 10 - The jury will be composed of representatives of the collaborating entities and personalities of the cinematographic field, selected by the Festival Management Committee. 11 - PRIZES - Best Nanometraje - Best Fiction Short film - Best documentary short film - Best Animation Short Film - Best experimental short film - Best Horror Short Film - Best fiction feature film - Best Documentary Feature film - Best animation feature film - Best Experimental Feature film - Best horror feature film - Best Video Clip - Best movie script - GREAT PRIZE TO THE BEST SHORT FILM FICCSUR - GREAT PRIZE TO THE BEST FEATURE FILM FICCSUR 12 - The Jury may award any SPECIAL JURY PRIZE in general or individual categories, not specified in the present bases. 13 - Participants fully accept the bases of this contest, as well as the resolution by the Festival Management of any problem not indicated in this document. 14 - The winners are committed to the fact that in subsequent projections mention of the award received at the Festival, as well as to place the image of the laurel of the festival in their promotional posters. To this end, they will be provided with laurel and logo of the Festival.