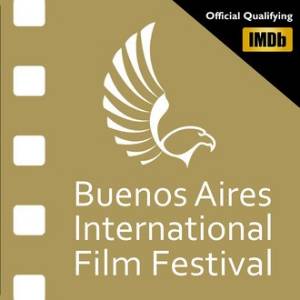 The BUEIFF has been the first South American Festival to celebrate its event in another continent (Europe). In 2020 it was selected to integrate the Top 100 Best-Reviewed Film Festival in the world.

We believe that cinema is a magic tool that speaks a universal language, which allows the ability to unite people from all over the world in an instant. More than 120 countries participating in the BUEIFF competitions! Our goal is to encourage independent and professional filmmakers of all nationalities to share their passion worldwide through our Festival.

"Art, in all its forms, crosses any border, culture, society, ethnicity, or religion. Art is what most identifies us as human beings and what gives us humanity."

The members of our jury belong to a network of professionals, with years of experience in the industry. The quality standard of this competition is very high and only awards the best films, so winners of this competition can be very proud of their achievement.

Sfilmmaker is our exclusive platform for cooperation in China, and we look forward to your good film.

1- The festival is a quarterly season and accepts all types of film from all over the world, less than 20 minutes (short films), more than 60 minutes (feature films)

2- Films must have been completed after 1 January 2020. There is no premiere requirement. You can also submit the same project in the next season competition in case you haven't been officially selected in the last editions.

3- All films must be presented in their original language with English or Spanish subtitle.

4- Additional categories (Director, Cinematography, etc.) will be evaluated separately, so they will be considered as separate categories, any movie has the possibility of winning them.

5- No work or artist will be either discriminated or favored by their country of origin, language, age, race, education, ideology, or by their economic resources. Every content, every form, every technique will be considered with no censorship of any kind.

7- In order to be fully and properly considered, films must be available to view through Sfilmmaker’s online screening interface.

8- The selection committees and juries decision are final.

9- In order to participate, the entrants must bear a nonrefundable entry fee.

10- Filmmakers and screenwriters retain 100% of all of the rights to their projects and materials that they submit to the Buenos Aires International Film Festival.

11- The Festival Management reserves the right to make changes in the profile of the festival if it becomes necessary to do so due to circumstances beyond his/her control.

12a- By submitting a film or any media through Sfilmmaker, the Filmmaker agrees to grant the Festival the right to use the title, synopsis, and trailer of the Film for advertisement purposes, including using those materials on the Festival's website. 12b- In general, only the winning and finalist projects are screened with a live audience and all the selected projects have the possibility of being included for free in the programming of our channel for as long as they wish. 12c- Insults or threats to Festival staff are grounds for disqualification. That breaks the spirit of union and respect for this art. 12d- You agree to indemnify and hold harmless us, our officers, affiliates, employees, and partners from any and all claims and liability arising out of entering or transmitting your film or screenplay to Buenos Aires International Film Festival (BUEIFF).

1- If a film is selected, it may go through the following steps: Official Selection, Semi-Finalist, Finalist (nominees), and Winner. Films are evaluated only in the categories in which they were submitted, so each additional category requires a separate individual entry.

2- The winners meet the high level of excellence that the Festival seeks. Only films with this value will be able to carry the laurels of the BUEIFF winners, will receive their certificate, and will be able to request their trophy.

3- All-season winners in each category will be announced at BUEIFF Press website and social media platforms.

4- The "Honorable Mention" is an extra distinction of the official competition. That is, in which the judges do not intervene, it is granted exclusively by the Festival directors. Here the film that has distinguished itself from the others will be awarded, in its general aspect, concept, aesthetics, and/or particularly brilliant performance in its direction, photography, acting, and/or screenplay.