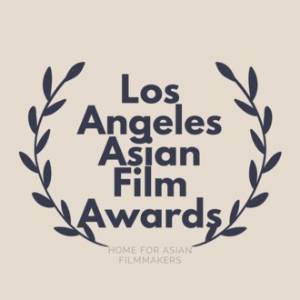 The Los Angeles Asian Film Award is a broad platform for Asian filmmakers. It provides Asian filmmakers with the opportunity to show their works and voice in the United States. Located in Los Angeles, the center of the world's film industry, the Los Angeles Asian Film Awards have been able to integrate many industry resources for the participating filmmakers and invite many celebrities and guests.Festival Director Lureen Wu was born and raised in Shanghai, China. She worked as a TV director in Shanghai for years, including TV documentaries, TV commercials, celebrity talk shows, and music videos. Early in her career in Shanghai, Lureen worked with the Emmy Award-winning television interviewer, Nancy Merrill, in the English talk show "Nancy Merrill: Minds of Millionaires" on the international channel of Shanghai TV Station(SMG) and CCTV NEWS.After moving to the United States, Lureen continued pursuing her career in film. She worked with filmmakers who are part of some best-known movies and TV shows such as Friends, Les Misérables（2012), The Big Bang Theory, Saw, Sex and The City, Iron Man 2, Grey's Anatomy, The Princess Diaries, Stranger Things, Game of Thrones......Our Festival is open to ALL Asian filmmakers, talents, and writers of all genres and lengths.Sfilmmaker is our exclusive platform for cooperation in China, and we look forward to your good film.

1. All scripts must be submitted in English and the script file format is PDF.  2.All the works submitted in foreign languages MUST have English subtitles. 3.If Submitting DCP, MPEG4 is still required. 4.Screeners must be free of ghost images/logos or other images. 5.Every Entry must include an Electronic Press Kit and Downloadable Trailer and trailer link ( if available). All presentation materials (posters, post cards, goody bag promos)