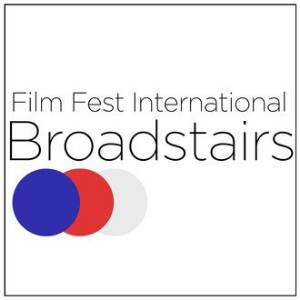 Film Fest International started hosting events in 2005. Since then we have hosted in Madrid, Nice, London, Antwerp, Milan, Amsterdam, Berlin, Paris, Edinburgh & Barcelona. After many years we are bringing our Festival format back to our home town. Based in the East of Kent, UK, right by the seaside. Broadstairs is a beautiful town with a beautiful history and we are excited to welcome Filmmakers from around the world to our corner of the Earth.

Independent filmmakers and creatives face many challenges; the large competition for viewers’ attention, finding funding and getting a distributor can only be overcome by the industry coming together and creating opportunities for those who need and deserve it. Our Festival’s aim are to create an opportunity for filmmakers to show their work to the right audience at our intimate and relaxing events, and get one step closer to success by receiving recognition for their art.

We have built a small by exceptional network and industry experts who offer invaluable business and commercial advice. In many past scenarios, our attending experts have distributed countless films into international marketplaces. We have the people and skills in our professional team to make this happen.Sfilmmaker is our exclusive platform for cooperation in China, and we look forward to your good film.


Broadstairs FFI has as its objective the promotion of cinematographic art by presenting films of quality and entertainment. The International Film Festival is held a few days in a town only an hour from London so as much business and fun can be done for filmmakers attending if they wish, an annual event based in the famous town of Broadstairs is just outside London, it is possible that each film nominated may be presented more than once.

Feature films, documentaries and short subjects of any genre on DVD, Blu Ray or Digital File are selected by invitation from entries to the festival,

Entries must have been produced within the last four years. All films in a language other than English must be subtitled in English.

Broadstairs FFI reserves the right to use excerpts from submitted work for promotional purposes only. If your submission is officially selected, the festival may screen your film as part of their activities to assist in the sale of your movie for up to 12 months after the festival date.

The Festival is open to the public as well as attending distribution and sales professionals. We work with a number of accredited national and international press we have TV buyers and film buyers and distributors also attending, you will if your film is nominated have one to one meetings if you wish to talk business on your movie.

Official or professional national organisations and individuals may submit feature and short films to the Festival. Films submitted for pre-selection should arrive no later than 30th June 2022 and must be shipped as per instructions to our UK office 1 Carn Brea Cottage Bath Road Margate Kent England CT9 1SW. All shipping costs of films must be borne by the sender. Please note: it is not possible for us to return any DVD or tapes, but can be collected by you at the festival... Broadstairs Film Fest International policy not to offer comments and reasons for films not selected for the programme.

T&C's
By submitting your film you are agreeing to the International Filmmaker festival of World Cinema screening your film during the Festival and using your film for promotional purposes, as well as all the above regulations.