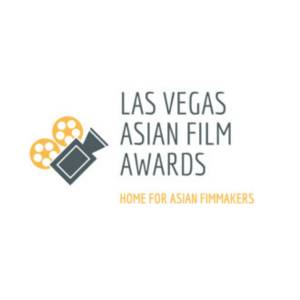 Award winning filmmaker Lureen Wu was born and raised in Shanghai, China. She worked as a TV director in Shanghai for years, her works including TV documentaries, TV commercials, celebrity talk shows and music videos. Early in her career in Shanghai, Lureen worked with the Emmy Award winning television interviewer, Nancy Merrill, in English talk show " Nancy Merrill: Minds of Millionaires" on the international channel of Shanghai TV Station(SMG) and CCTV NEWS. After moving to the United States, Lureen continued pursuing her career in film. She has worked with filmmakers who were parts of some best-known movies and TV shows such as Friends, Les Misérables（2012), The Big Bang Theory, Saw, Sex and The City, Iron Man 2, Grey’s Anatomy, The Princess Diaries, Stranger Things, Game of Thrones...... Lureen enjoys working on set and is obsessed with storytelling and filmmaking. In 2019, she met legendary filmmakers Del Weston, Theresa Weston and Anabelle Munro, that’s when she got an opportunity to be introduced to the AOF Megafest and became a part of it. In 2020, with the support and love of the AOF family, Lureen started The Great Las Vegas Asian Film Awards, which is a platform for Asian filmmakers and stories about Asian communities to be seen and to have their voices to be heard. Director Roger Christiansen(known for Friends) has recently joined the festival and becomes the honorable judge of The Great Las Vegas Asian Film Awards. Both Lureen and Roger are looking forward to meeting talented filmmakers at the event.Sfilmmaker is our exclusive platform for cooperation in China, and we look forward to your good film.

All scripts must be submitted in English and PDF format. All films must have English subtitles. . The works shortlisted for the cinema exhibition must be submitted on DVD or Blu ray disc, as well as an MPEG-4 video file of the works. . No watermark or logo shall appear on the video submitted for exhibition. . Do not receive PAL video. . The submitted shortlisted works should be attached with electronic publicity materials (posters, media interview articles, commemorative cards, etc.) and downloadable Trailer links. . If an author has more than one work shortlisted, the video files and related materials of each work need to be submitted separately. . Video files submitted for exhibition are non refundable. . Las Vegas Asian Film Festival is one of the 12 film festivals under AOF megafest. The shortlisted works shall be authorized to display and publicize in the whole AOF megafest. . The deadline for submission of all videos and project publicity documents is July 10, 2021.