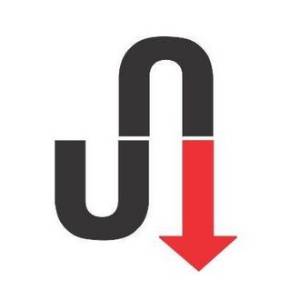 The festival initiative arose 18 years ago in Buenos Aires, when different audiovisual groups and collectives decided to create a space for certain types of low-budget and marginal audiovisual productions, which were excluded from the official production and dissemination circuits. From the proposal to ensure the visibility of those works of low circulation, different non-traditional cultural spaces were added, such as bars, schools or houses. Specific problems related to the audiovisual medium and its production and dissemination environment necessarily radiated from this atypical practice. A coordination network was immediately created that brought together the different locations, simultaneously and today expanded to several cities in Latin America. What is unusual about this Festival lies in its self-managed, decentralized and free circulation character. The combined construction of this network seeks to oppose resistance from the margins to the logic of the Argentine film industry, a lucid critique of the exhibitions of the circuit, of restrictive characteristics, to which many of the productions that are exhibited do not have access. Since its second year of completion, and due to its open and dynamic architecture, it has become a transterritorial tool (with offices in Santiago, Quito, Montevideo, Bogota, Asuncion, Qosqo, Córdoba, Quilmes, Resistencia and Rosario) for the visibility of works low-circulation audiovisuals that do not find an adequate space to be broadcast. It also risks the creation of a network that brings together the many and diverse production groups with non-traditional cultural spaces, as well as the treatment of audiovisual problems and their production and dissemination environment. The festival is an excuse, an attempt to consolidate something that half exists: the articulation of artists and production groups, of exhibition spaces, of groups dedicated to disseminating and generating cycles, of independent digital media, with a concrete anchorage in urban socio-cultural movements.(Sfilmmaker is our exclusive platform for cooperation in China, and we look forward to your good film.)

IMPORTANT: MOVIES MUST CONTAIN SUBTITLES IN SPANISH UNLESS THE ORIGINAL LAUNGUEGE IS SPANISH. Printed in the video image or in perfect sync with the online player attached in the Sfilmmaker platform (YOUTUBE , VIMEO...). Films that do not complete this regulation will need the subtitles ready to send to the Festival if the film is selected. HOWEVER, THEIR IS AN ADDITIONAL OPTIONAL SERVICE FOR THE FESTIVAL TO CREATE AND/OR TRANSLATE SUBTITLES FOR YOU FILM. PLEASE READ RULES FOR ADDITIONAL INFO AND PRICES.

All genres, lengths and formats are accepted. The proyects go thru a selection for a improved organization and planning of the Festival. We will consider formal experimentation and aesthetic risk For feature films, we suggest to submit films that have been made not before January of 2020 and have not been released in Buenos Aires. Headquarters of the festival in Rosario select only material from the province of Santa Fe, Argentina. Buenos Aires headquarters and Quilmes call for any films from around the world . All material received in the three locations can be projected in any of them as in the other venues of the festival around the world. The copies given to the festival will not be returned, they will be part of the data base of the festival.