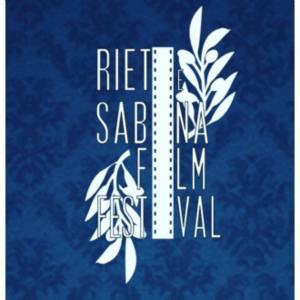 Official Rules 1. ELIGIBILITY FEATURE FILM / SHORT FILM / DOCUMENTARY/ Animated Features / Web Series. The submitted Movies must have the following requirements: a) Length FEATURE FILMS/WEB SERIES/ANIMATED FEATURES – max 130’00” length (one hundred and thirty minutes / seconds), including the Credits; SHORT FILM – max 30’00” length (thirty minutes / zero seconds), including the Credits; DOCUMENTARY – max 30’00” length (thirty minutes / zero seconds), including the Credits; b) Production Release The submitted Feature Films, Short Films, Documentaries must have to be produced Not earlier than January 1, 2020 (for Production Date is intended the ending of the moviemaking and the post-production); c) Languages If the movie has a foreigner language (not Italian), must have Italian or English Subtitles. If “Not Accepted” the Movie’s Entry Fee will not be refunded. In case of disqualification for failure to meet the requirements a), b) and c), the Entry Fee will not be refunded. 2.For the Submission of several MOVIES, please follow each time the same procedure. Important – Please Save the Bill of payment and/or the PayPal receipt and e-mail it with the subject “Receipt of payment to FOTONICA/RSFF”. Please save it . Will be requested. 3. PRIZES AND JURY The FOTONICA Non-Profit Committee will select the best Movies for the Final Stage. In the Final Stage a Special Jury will choose among those preselected Movies at its own judgment the Winners. The choices of the Special Jury are not changeable. The Special Jury will be announced, before the expiry of the deadline, 1 May 2020. The Festival Winners and those deserving of Special Mention will be known only at the Gala Night. The ones whose have been selected for the Gala Night of the screening, will be previously informed by e-mail or telephone and requested to fill out a detailed work Checklist (Synopsis, Cast / technical, Production Notes, etc.), enclosing various additional materials (such as the poster, promotional photos, trailers, etc.) required at that time. There will be cash prizes, (TBD) (please follow the updates on this page), which will be paid exclusively to the Copyright holder of the Movie (whether it be the Director, the Producer or a member of the artistic Cast / technical), present in the day of the Final Show. If this condition is not met, the prize money will not be delivered. “Fotonica Non-Profit” owns the right to decide whether or not to show one or more of the Movies, as part of the Festival, of any Movies that have been submitted at the “ 1st RIETI E SABINA Film Festival”. 4. OPEN COMPETITION The RSFF Competition it’s an Open Festival, as the biggest and most important Festivals of the World. Each one of the submitted Movies will be listed on the Official Web Page of the Festival and on the Official FB.