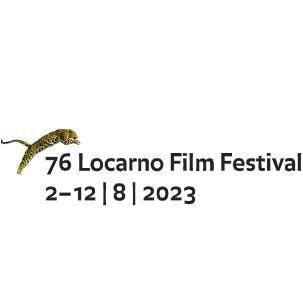 The Locarno Film Festival (hereinafter also referred to as the “Festival”) is organized by the Festival Internazionale del film di Locarno Association. Its principal subsidies are provided by the Swiss Federal Government, the Canton Ticino, Ascona-Locarno Turismo and Municipal Authorities of the region. Additional financing is provided by other associations, organizations, institutions and private partners.

An eventual cancellation of the 76th edition of the Locarno Film Festival by effect of law, decree or regulation issued by local, Cantonal, Federal or international authorities in the context of a situation of force majeure or emergency (including, but not limited to, situations resulting from an epidemic or pandemic, in particular with regard to COVID-19 and related consequences and effects) shall result in the cancellation of all and/or the majority of the screenings in theaters and in Piazza Grande and of the edition of the Festival and shall render all contractual obligations of the Locarno Film Festival null and void.

The Locarno Film Festival aims to promote arthouse cinema of artistic merit; to provide a showcase for major new films of the year from around the world; to make room, in its competitive sections, to new perspectives and forms of filmmaking expression, focusing specially on new directors and new ways of filmmaking that attracts international attention.

a) The selected films must have been completed within the 12 (twelve) months preceding their Festival screening, therefore, the festival will only consider films completed after August 31, 2022.

b) Films selected must not have been previously released outside their production countries prior to the official presentation at the Locarno Film Festival. World premieres (first public screening) are favored. Films available on Internet, broadcasted on television or commercially released on VOD, DVD, Blu-Ray or any other format are not eligible.

d) Works that are solely promotional, educational or scientific in character are not eligible.

e) Films submitted for previous editions of the Festival may not be resubmitted, not even in a new version.

A selection committee (with an advisory brief) made up of film experts will assist the artistic director in the scouting and selection of works for the Festival.