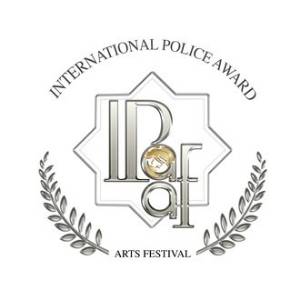 The Review aims to organize and disseminate the "Apoxiomeno International Award". This award is given to sports personalities, of international entertainment and culture and through their activities work or professional have given prestige to the Police. The award takes its name from the famous statue of Lysippos, the original of which reproduction in silver, was designed by the sculptor from Arezzo, Carlo Badii and produced by the AURART Arezzo by the Master Massimo Palombo. The "Crime" is the literary and cinematography genre that has celebrated in history the work of the Police, starting the realization of many "cult" that are entered in the history of dramaturgy of every artistic genre. In the course of his career, the policeman becomes a container of hundreds of stories through tales of the people he meets on his professional path. In the end, the Law Enforcement Officer must satisfy all the citizens' need for security, primary necessity of man, of the community and the whole society. THE PERFORMING ARTS FESTIVAL - We celebrate the action of the Police through all the performing arts that have given and give prestige to their mission. Cinema, Literature, Music, Television, Journalism, Theater and the world of Culture in general, have always found great inspiration from the job of the Police Officers, underlining theyr human dimension. Participating in the daily life, being a reference point for the citizens, the policeman lives the daily with the pride of wearing his uniform, which has itself become a symbol. Over the years we have awarded national and international stars of the caliber of Massimo Ranieri, Albano, Gina Lollobrigida, Vittorio Storaro, Ennio Morricone, Colin Firth, Helen Mirren, Taylor Hackfort, Billie August, Paul Haggis, Robert Moresco, Mark Strong, Betty Thomas, Sibel KekilliI, Andrej Konchalovsky, Nikita Sergeevič Michalkov, Corinne Touzet, Abel Ferrar, Jack O'Halloran, Matt Dillon and Andrea Camilleri. We hosted and celebrated the works of all the greatest exponents of Culture, Art and Cinema of all time for their artistic contribution aimed at telling important stories in support of legality and the work of the police forces of the world.Sfilmmaker is our Contract platform for cooperation in China, and we look forward to your good film.

CINEMATOGRAPHIC COMPETITION RULES (in English and below in Italian) 1. REGULATION The 2022 edition of the International Police Award - Arts Festival (IPAAF) will be held from the 9th to the 18th of September 2022 in the Municipality of Pesaro (Marche). 2. ORGANIZATION The Artistic Director Orazio Anania with the IPAAF wants to promote and spread the knowledge of all forms of expression related to cinema (films, TV series, animation, documentaries, meetings, exhibitions and book presentations) throughout the year, and to raise awareness of a quality cinema that deals exclusively with issues relating to law enforcement and social issues. 3. SELECTION The IPAAF Selection includes a maximum of 20 films with the aim of offering quality and excellence in cinematographic expressions concerning law enforcement and social issues, creating the right mix of first works or works by emerging authors and directors and large productions, genre productions and independent cinema, the spectacular vocation of animation and documentaries and the works of established authors respecting tradition and innovation. In addition to the films in the Official Selection, there will be previews of films out of competition, special events, meetings, master classes, retrospectives, reissues of classics and exhibitions where the public can find interaction and interactivity. The audience's judgment is foreseen only and exclusively for the films admitted to the competition. 4. YOUTH COMPETITION Within the Festival there will be a Youth cmpetition section which involves the schools and all the children of Pesaro and neighboring municipalities. 5. CONDITIONS FOR ADMISSION All the Italian and the International films (films, TV series, animations, documentaries and video clips) that concern Law Enforcement and social issues produced from January 1st, 2020 to June 30th, 2022 will be admitted to the final preselection. 6. PRESELECTION FORMAT To participate in the preselection: a) it is possible to upload the film file by following the specific instructions on the online preselection form (min. MPEG 2 - 720x576 4Mbp / s) no later than Monday 31th of July, 2022; b) it is possible to send a DVD, a Blu-ray Disc or DCP to the Festival address no later than Monday 31th of July 2022. The modality in which to send the film must be indicated, by selecting the option chosen, in the preselection form. The films in pre-selection must be without subtitles if the original version is in Italian or English; with subtitles in English or Italian if the original version of the film is in a language other than English and Italian. 7. SELECTION MODE The Director, as regards the selection of the proposed works, will be assisted by a Selection Committee composed of consultants and experts of Italian and International cinema. 8. REGISTRATION Everyone who subscribe his film in the competition assumes the responsibility of being the legitimate representative of it, authorized by all those entitled to the work. The statement made by the subject who has signed the registration form therefore exempts the Artistic Director from verification of the legitimacy of the same to register the film that will in fact be intended as ascertained, exempting it from any related liability.