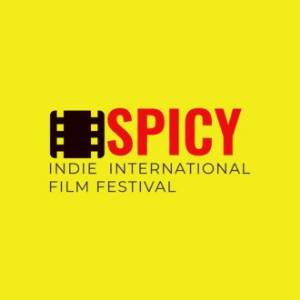 The SPICY INDIE INTERNATIONAL FILM FESTIVAL (SPICY IIFF) is an annual event and is organised by Spicy Daisy Productions based in Europe|Greece. The main concern of SPICY IIFF is the promotion of the art of Cinema through the presentation of an eclectic mix of exceptional independent short films from International filmmakers The aim of the festival is also to promote, recognize and support the production of short films and to develop a spirit of friendship and cooperation among filmmakers. "Spicy Indie International Film Festival" is a true filmmakers festival by a team of filmmakers dedicated to the language of cinema and arts and aims to bring a range of independent short films of all genres, who successfully use creative cinematic language forms, from all corners of the world to Greece. Sfilmmaker is the exclusive film submission platform for SPICY INDIE INTERNATIONAL FILM FESTIVAL in China.

- All films in Competition - Worldwide movie acceptance. Movies from all over the globe are applicable to submit. - Films must have been completed after the 1st of January 2019. - All films must not exceed 30 minutes in length. - All Films should be submitted with English subtitles. - Fiction, documentary, experimental, VR/360 film, student and animation short films are eligible for participating in the festival's competition. - We have no restrictions on your film’s premiere status or online screening status - Formats eligible for screening are the following: Quick Time: 1080p / H264, MPEG - 4: 1080p - The films competing in the International Competition Section are selected after submission via the sfilmmaker.com platform -.The films that compete in the National Competition Section are selected after submission via platform. - However, the artistic committee reserves the right to invite any other short films to directly participate, by granting them a special invitation. - Films in the National Competition Section {Greek & Cypriot} should be in official Greek language or should contain at least 50% of Greek dialogues. In case of films whose narrative justifies the existence of a larger percentage of dialogues in a foreign language, the applicant should provide an explanatory note. The final decision rests with the pre-selection committee. This does not apply for student films which are allowed to have all the dialogues in a foreign language. - Greek/Cypriot Films compete both for the International Awards, as well as for the National Awards - For National films the following are required: Summary in Greek and English, Main Cast and Credits (in digital form), The online link must have embedded English subtitles. Filmography and biography of the director in English and Greek - Student films are accepted only if the film is the student's graduation project. In this case, the application for participation should be accompanied by a certificate from the school/university where s/he studies. -The overall artistry and the quality of work, the dramaturgy level of the film and the originality of direction will be highly valued. - Films not complying with the above standards or of pornographic content and/or films promoting war and racism shall be excluded from the festival. - Only the director/producer of the selected films shall be notified in due time. - When notified for Official Selection, the producer or director maybe asked to send a signed application form stating all technical requirements ：The official screenermaybe asked to be sent online via a secure downloadable link - Upon submission, the director or producer has no right to withdraw their participation. - Entry fees are non-refundable. - The deadline for submissions via sfilmmaker.com is the 30th of SEPTEMBER 2022. - Film excerpts of no more than 10% of the total duration shall be used for advertising and publicity purposes (online, TV etc.). - The Festival reserves the right to screen the selected films to the screening Event - Festival have rights to change the Date of event. - Films will be screened in their original language with English subtitles. - No screening fees are paid to any participating films. - The Jury reserves the right not to present any or all of the awards. - The decision of the Organizers, as to the interpretation of the rules and regulations, is final. - Best films of each category will receive a laurel & certificate. - You agree to indemnify and hold harmless the Spicy IIFF, from and against any and all claims, liabilities, losses, damages, and expenses (including but not limited to attorney's fees, and costs of the court) which may be incurred by reason of any claim involving copyright, trademark, credits and publicity. - By submitting to the festival, you confirm that the film is authorized to use all images, sounds and music appearing in the film.- Submission of the entry form to the SPICY IIFF implies the unconditional acceptance of these rules and regulations.