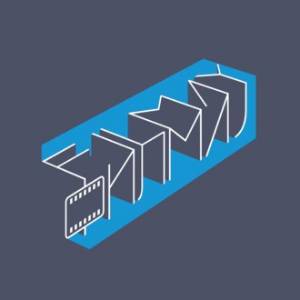 FILMAY short film festival Kumanovo is initiated in year 2019, following an idea for inspiring, supporting and enhancing short film production, as well as engaging and empowering viewing desires and aspirations for enjoyment of short films. The festival is founded and being developed on the following principles: - FILMAY engages itself as international short film festival, guided by the idea that big changes are achieved through sequence of small steps. - FILMAY intends to inspire non-conformist thinking with ideas originating from outside-the-box. - FILMAY claims that anything can be a part of the film story, no matter how aside it is from the visible and audible content of the film frame.The Sfilmmaker platform is our contract submission platform in China, looking forward to your good works!

Applications for FILMAY 2022 are accepted for following films: - short film (feature or documentary). Animated films not accepted. - duration up to 20 minutes - made after January 1, 2018 - films should have an opening/closing credits with production information (applications will be accepted for films that are without this intro/outro info, if the aesthetic and artistic presentation of the film demands exclusion of these elements) - audio and video quality are prefered to be of high quality satisfactory for screening as cinema projections (applications will be accepted for films that follow the film-makers intent and vision to have a varying and different sound and visual presentation of the film work) - english captions/subtitle must be included (hard-coded in the video of the film itself, or as a separate subtitle file) - films that have been previously competing on other festivals can also apply Films can enter the contest in 2 competition groups. First is the international competition, where the awards for best direction, best photography/cinematography and best screenplay will be awarded. FILMAY short film festival is looking forward to attract as varied as possible applications from all countries and continents. Second is the macedonian (domestic) competition, which is intended to engage and inspire production of macedonian short films. Macedonian films can also apply in the international competition, thus entering the contest for the 3 international awards. A single author can submit up to 2 (two) entries in each of the groups. The applicant submitting the film gives their permission for projecting the film free of charge (requesting no screening fee) during the main festival evening, if the film is chosen in the festival selection as an awarded or exceptional film by the jury. The applicant agrees to allow the festival organizer to use elements (film poster, photo still, short video with 3-5 seconds duration) from the submitted film in materials intended for promoting the festival in the time period preceding the festival, during the festival and after the festival. The applicant should have secured all rights for the submitted film, as well as elements contained within or associated with the film (music, literary work, intelectual property and similar). The applicant will have to send a digital copy to the festival organizer, in case the jury decides to have the film awarded or officially selected for the festival. The digital copy is necessary for on-time preparations for the festival projections. The awarded and selected films will be projected at least once during the festival event. Possible additional (repeated) projections will be additionally be discussed for mutual agreement between the applicants and the festival organizer. All the awarded and selected films will include macedonian subtitles (besides the english ones) in the projections. The macedonian subtitles will be ensured by the organizer of the festival. These subtitles will be created on basis of english subtitles previously provided by the applicant. The festival organizer keeps the right to include additional films in the festival selection programme, besides the films submitted here.