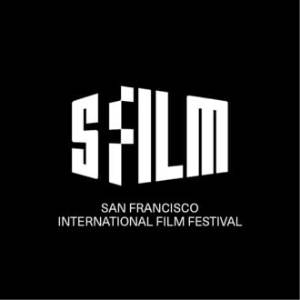 The San Francisco International Film Festival (SFFILM Festival) is an essential stop on the circuit for emerging storytellers and established filmmakers alike. The Bay Area's premier film event and the longest running film festival in the Americas, the SFFILM Festival is deeply rooted in the culture of film appreciation—film as an art form and as a meaningful force for social change. The Festival is an important showcase for the most vibrant and innovative films from around the globe.

The 2022 SFFILM Festival program featured 130 films from 56 countries with 56% helmed by female or non-binary filmmakers and 52% directed by BIPOC filmmakers. Out of all the films in the Festival, 50% came from submissions right here online. Our submission pool consisted of more than 50% BIPOC filmmakers and 50% male filmmakers, and in an optional question about first-time feature status, more than 70% of those respondents indicated that they were first-time feature filmmakers.

The 2023 SFFILM Festival will take place from April 13–23 with both in-person and online events, parties, talks and more. Exact dates, venue footprint, and in-person event structure are all subject to some change based on the realities of producing a safe and accessible film festival at that time.

Festival filmmakers have several incredible opportunities to connect with our SFFILM Makers and SFFILM Education programs during the 11 day event including a series of industry talks and pitch sessions to discuss future projects and funding resources as well as participate with Bay Area students and educators through student screenings, school visits, hands-on workshops, and more.

"Few festivals are more suited to their city than the SFFILM Festival. It’s clearly a festival programmed by those who love film for people who love film.” — Variety

The Academy of Motion Picture Arts and Sciences (AMPAS) recognizes SFFILM Festival as a qualifying festival for their short film (live action, documentary, and animated) competitions. NOTE: In line with AMPAS rules regarding short films, Mid-Length Film winners do not qualify for short film categories.

SFFILM Festival is a qualifying festival for Cinema Eye Honors for nonfiction filmmaking.

The Golden Gate Awards recognize the best of international and independent cinema by honoring excellence and superior innovation in narrative, documentary, shorts, experimental, animated, and youth-produced work. In 2023, a total of $30,750 in cash awards will be awarded in a dozen categories.

Audience Awards for Best Narrative and Documentary Features will also be presented, decided by audience ballot.

As of 2020, a California premiere is required for all feature films. This does not apply to mid-length or short submissions, though a Bay Area premiere is strongly preferred.

All feature entries must have been completed on or after January 1, 2022, and are only eligible if the film’s premiere date is after September 1, 2022. This does not apply to mid-length or short submissions.

Any film (feature, shorts, and mid-length) previously exhibited publicly—either theatrically, via television, VOD, or internet broadcast—is not eligible for submission. Festival participation in other states does not disqualify a work’s eligibility for the SFFILM Festival.

All filmmakers must provide accurate and complete information when submitting to the SFFILM Festival. SFFILM requires each filmmaker to include the following specifications:

• Youth Works submissions: You will be asked to send or upload photo ID with date of birth (proof of age 18 years and younger)

Incomplete application / entry forms will not be accepted and will need to be re-submitted.

Bay Area filmmakers (directors and producers only, not production crew or cast) are eligible for entry fee discounts and additional Bay Area awards given in recognition of the rich variety of work that has established Northern California as a center of independent production. Bay Area awards are presented to a documentary feature film and a short film. To qualify for a Bay Area award, entries must have been made by a filmmaker who is a current resident of the San Francisco Bay Area (the area from Monterey to Mendocino: postal ZIP codes 93901 to 95457).

The Festival is unable to waive entry fees or provide discounts beyond those indicated. Entry fees are not refundable. We encourage and urge all filmmakers to submit by the early deadline of September 30 before fees increase.

You may submit any number of titles; however, a separate entry form, preview copy, and entry fee are required for each title. If the Festival determines a work is entered in the wrong category and needs to reassign it, any discrepancy in entry fees between the categories must be paid by the filmmaker.

Narrative, documentary, and animated short films (under 30 minutes) can also be considered for inclusion in our popular Family Films program. Family Films should be suitable for ages 7 and up. Selections in this category engage and entertain the entire family. This program traditionally mixes emerging talent with established filmmakers such as Domee Shi, Glen Keane, Bill Plympton, Cartoon Saloon, Aardman Animations, and Tonko House.

Rough cuts or works-in-progress are accepted and reviewed. However, filmmakers are urged to submit as close to the final cut as possible. The Festival will not accept new versions of an entry unless requested by the programming staff. If you update the film link on your submission page after applying to SFFILM, we cannot guarantee the new version will be considered.

All entrants will be notified of the Festival’s decision by March 23, 2023.