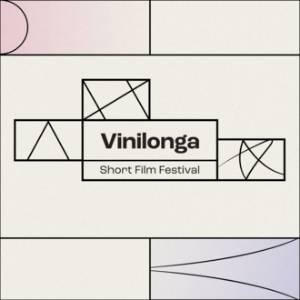 Vinilonga is a film festival run by filmmakers for filmmakers! A new cinematic endeavour based out of Buenos Aires, Argentina, The Vinilonga Film Festival offers emerging and established talent alike a dynamic space in which to showcase their own unique projects. With events taking place both online and in cultural hotspots across South America, the festival also affords audiences the opportunity to experience a wealth and diversity on storytelling beyond the remits of mainstream cinema. We like to imagine ourselves as a conceptual costume party, in which a different theme or topic serves as a sort-of cinematic dress-code for each of our editions. With a new instalment of the festival held every three months, each programme contains fifteen short films carefully selected from a rolling pool of submissions in order to fit the brief for that particular season. So whether your interests lie in fiction, documentary, video-dance, video-poetry, experimental film, animation, or a combination of these elements, we encourage both domestic and international participants to utilise whatever means or methods they see fit when submitting their short film or video-clip for our consideration. With our curatorial criteria based around finding unique perspectives on contemporary issues, including stories and styles and values we don’t typically observe in the mass-media, our aim at Vinilonga is to integrate a plethora of creative voices from across space and culture into a unique cinematic ensemble. In presenting the best-possible stories told over a mere matter of minutes, we hope not only to illuminate what separates us as artists but what unites us as human-beings.Sfilmmaker is our contract submission platform in China, and we look forward to your films.

We encourage filmmakers to submit works up to 20 minutes in lenght. - Films must have subtitles in either English or Spanish. - We will consider submission letters and director's statements. - All fees will be used to cover administrative costs and are not refundable. Email us if this is a real impediment for your submission. - By submitting, the participant declares to be responsible for any legal rights requirements releasing the festival from any legal claims, liabilities and damages. - The registration to the Vinilonga indicates a pass to its programming catalog for the next editions, every three months. We will announce the short films selected for each edition three months in advance but please be patient with us as we work on the process! - Vinilonga reserves the right to make changes in the dates and locations of the screenings, of which the selected filmmakers of each edition will be informed.