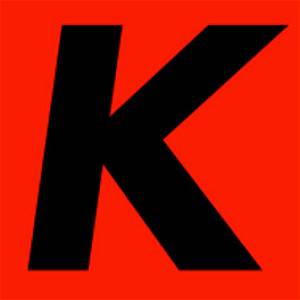 Now in its 11th Year, the Katra Film Series is an international award-winning film festival and screenwriting competition dedicated to championing the next generation of filmmakers at the world famous AMC Theatres and REGAL CINEMA in Times Square New York. Hailed by Tribeca Films for its "honorable mission to spotlight new and emerging cinematic talents…where some of their top alums have since gone on to great things in the indie world and beyond" while the New York Times agrees “From the bottom up an amazing and excellent festival that has made it in New York,” and Remezcla writes “An innovative new model pushing for the future of its filmmakers,” while Time Out NY states “Nothing but the best.” And last year ‘LLERO magazine sums it up succinctly “A memorable film fest like none other. In over 6 years, the Katra Film Series has become a hub for up-and-coming filmmakers.” Our prizes are provided by Canon, Rhino Films, Final Draft, 3636 Studios, The Yard, International Screenwriters' Association, NY Women in Film and TV, Museum of the Moving Image, and more. Every season we curate a diverse selection of independent works where audience participation is central in choosing the winners. Regardless of who wins each season all official selections will be considered for the Year-End Grand Finale taking place at the Alamo Drafthouse Theater where our jurors are comprised of industry veterans and professionals who watch the films and select the top winners. The Grand Jury Prize Winner is awarded a one-on-one meeting with acclaimed Hollywood Producer Stephen Nemeth and the winner also takes home a top of the line CANON camera. Some of our past alums have landed theatrical distribution deals and have gone on to write, produce and direct feature films and TV shows for HBO, FOX, Netflix, Showtime, ESPN, Vice Media including festival stops at Sundance, Tribeca, Berlin and Cannes Film Festival. Additionally, we have also been featured in the Wall Street Journal, CNN, The Huffington Post, Daily News, NY1, NBC, Women & Hollywood, Metro NY, The New Machine, Bklyner, and many other local and national publications. Sfilmmaker is our exclusive platform for cooperation in China, and we look forward to your good film.

Over $100,000 in prizes. The 2023 Grand Prize Winner of The Year will be awarded a top of the line Canon camera and a one-on-one meeting with acclaimed Producer Stephen Nemeth from the Academy-Award Nominated The Sessions Fear and Loathing in Las Vegas.

All genres/forms accepted. Seeking Features, Shorts, Web Series, Documentary, Music Videos, Experimental Works, Animation, Video Art and screenplays. Please note: we accept works-in-progress. THERE IS NO PREMIERE POLICY (Although not mandatory we prefer NYC premieres. Many of our alums have gone on to screen at the biggest festivals worldwide). Works must have been completed after January 1, 2020. From no budget to big budget. JUST SIMPLY BLOW OUR MINDS! All foreign-language films MUST be subtitled in English. 1. Submission Eligibility - All submissions must have been completed after January 1, 2020. - There is no premiere policy. - Works-in-progress are accepted. 2. Exhibition Format: h.264 quicktime file. 3. Submitters understand that submission of their work authorizes the Katra Film Series to screen the work, and use the work for any exhibition, education and/or publicity purposes related to Katra Film Series. Bowery Film Festival is not responsible for any claim involving copyright, trademark, credits, or royalty infringement related to the work. Submitters may receive future correspondence from the Katra Film Series. 4. Submission Fee The submission fee is non-refundable.