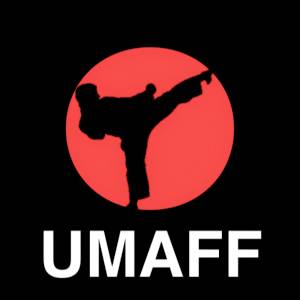 The Universal Martial Arts Film Festival (UMAFF) showcases films that explore the martial practice, philosophy, aesthetic and spirituality. The Universal Martial Arts Film Festival (UMAFF) encourages an emerging generation of filmmakers whose films treat various aspects of the field of the martial arts; those of the arts of combat and the arts of health. The purpose being to collect and to protect the memory, to educate the public, to share and to pass on the knowledge. The Universal Martial Arts Film Festival (UMAFF) is open to filmmakers and spectators worldwide. A preliminary committee will watch the films and select the finalists. Then, a jury panel composed of known and respected personalities from the worlds of cinema and Martial Arts will offer an award for each category. After this first step, the films will be screened to March 15th, 2021until March 31th, 2021 on the festival website. The festival Members will may vote for the People's Choice Award. Sfilmmaker is our exclusive platform for cooperation in China, and we look forward to your good film.

Submissions will be opened on April 11st, 2021. SUBMISSION DEADLINES The submissions process will close on January 15th, 2021. All filmmakers will be notified via e-mail no later than February 15th, 2020 with the selection results. SUBMISSION FORMAT - For the selection process, the Universal Martial Arts Film Festival accepts only Secure Online Screeners. SCREENING FORMAT - Fims selected will be screened on the festival website across the Secure Online Screener (Sfilmmaker). Only the Members of the Jury and the festival Members will be authorized to watch the films. ELIGIBILITY & SELECTION - Films are selected on the basis of achievement in form and content. - Films must have been completed after January 2017. - Short films must have a run time inferior to 59 min. Feature films must have a run time superior to 59 min. - Films must be in their original version. - Films in a language other than English must be subtitled in English or French. - Industrial, advertising and instructional films are not eligible. - The same applies to racist, obscene,excessively violent and propagandistic films. - Available press materials must be shipped to the Universal Martial Arts Film Festivall upon notification of selection. - Upon selection, the entrant grants permission for use of all publicity materials (including preview DVDs) to be used for promotional purposes. - Upon selection, the entrant is required to send a trailer of his movie to the festival. - Multiple submissions are welcome.