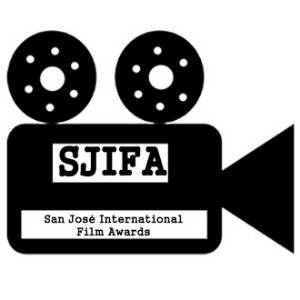 SAN JOSE INTERNATIONAL FILM AWARDS" is a film festival, held in San José, Costa Rica, in October of each year, which is a meeting point for filmmakers, the public and the national and international film community. With the purpose of promoting new talent in Costa Rican cinema, as well as increasing the film offer and contributing to the promotion of cultural and tourist activities in the country.The Sfilmmaker platform is our contract submission platform in China, looking forward to your good works!

• The festival will be an annual event with a duration of 4 days and will be based in San José, Costa Rica from November - 20 to 23; 2022. • Individuals or legal entities from anywhere in the world and any language can participate as long as they have reached the age of 18. • The same director or producer may apply for one or more works. • The film can not be presented at this festival if it has been presented previously in it. • Shorts and Feature Films will be registered at the request of their producers or representatives in two ways, via the online platform, applying the corresponding fee. • In addition to uploading the short film in high quality archive you must add all the data indicated and attach photographs of the short film in jpeg format, as well as the contact data, both the production company or distributor as well as the director. • Short films must have a maximum duration of 30 minutes. Feature films should last longer than 30 minutes. Music videos must have a maximum duration of 20 minutes. • The genres to participate in the festival are: In the short section: Narrative Short film Documentary Short film Experimental short film Horror short film Animation Short film In the feature film section: Narrative feature film Documentary Feature film Experimental Feature film Horror Feature film In the video clip section: Musical video • Films may be of any subject, as long as they do not violate people's rights such as: race, creed, social status. Etc. • All short films and feature films whose original dialogues are not in Spanish, must be subtitled in that language or in English. • An official selection will be made, which will be notified through the website and social networks, these films will be projected within the festival's programming. • The selection jury will be made up of personalities from the media, the arts and culture, national and foreign, whose decision is unappealable. Persons directly related to the works in competition will be disqualified from joining the jury. • Notification of selected films and video clips will be on November 11. • As for the award, the prizes to be awarded will be the following: In the short section: Best Short Narrative Best short documentary Best experimental short film Best horror short film Best short animation In the feature film section: Best Narrative Feature Best feature documentary Best experimental feature Best horror feature In the video clip section: Best video clip • Winning feature films, short films and video clips will receive a certificate and laurel. The official selection will receive a Laurel. • Participation in this contest implies full acceptance of the bases. Any subject here not foreseen, will be solved by the organization of the Festival.